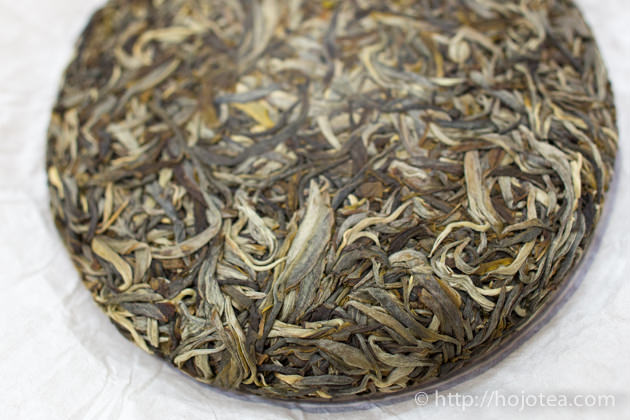 Out of pu-erh teas we bought in 2017, Geng Ma Raw Pu-erh Tea is one of the teas particularly grown in natural environment. It is not exactly the wild tea. But tea tree was actually left without care ever since it was planted. The tea trees were given no fertilizer, no pesticide, moreover weeds were not even being removed. I am not sure if it is appropriate to call it agriculture, since the tea trees are just left as part of the nature. The growing environment of Geng Ma is clearly reflected in its taste. It gives bold body, with very clear and long-lasting taste, and its sweetness lingers on palate. I would say that this is one of the best pu-erh teas in our line-ups. 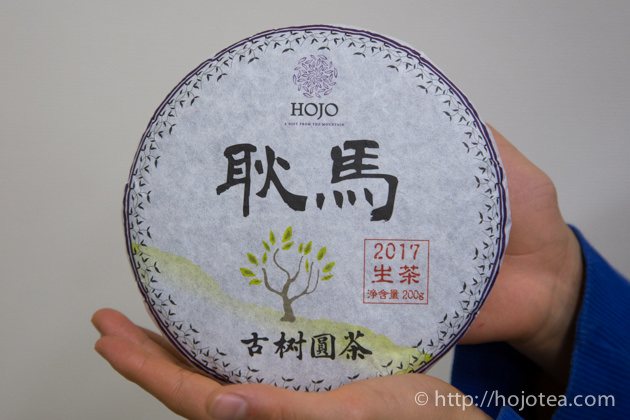 In China, the garden which completely left in wild is called “Ye Fang” tea garden. Ye Fang means left in wild. If we linked the wild tea to Gorilla, the Ye Fang tea should be Tarzan. 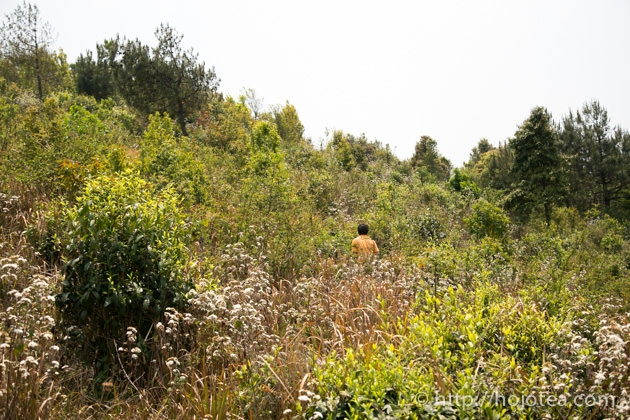 It looks nothing but bushes. But it is what we call tea garden.

Tea was collected from the wild garden

Geng Ma is the name of county located in South West of Lincang. The tea garden of Geng Ma raw pu-erh tea is located on the mountain at altitude around 2000-2100m. Geng Ma is quite a vast area and there are a number of tea gardens scattering at a wide range of altitudes, i.e., from low to high altitude. We looked for gardens that were grown completely in wild. The local people call it "Ye Fang" tea garden. （野放茶園）.

In Japan, we also run into tea gardens that are left unattended. It is mostly due to the aging of the society. However, the definition of those Ye Fang tea gardens in Yunnan is different. Those gardens in Japan had been well taken care and being applied fertilizer for many years while farmers were active. In addition, the distance between each tea tree is very close and thus tea trees in those gardens are densely packed. I would not take it as natural or ecological garden.

On the other hand, the Ye Fang tea garden in Yunnan was grown in the wild since the day one. Technically, tea garden was not being taken care at all. In addition, the tea trees in Yunnan tea garden are planted far from each other and scattering. There is enough distance between each tree. So, there is sufficient space for weeds to grow around the tea tree. In their growing environment, tea tree is not the primary plant but just one of the members in the ecology. Perhaps even if human never come back in future, these gardens should be able to live on. As tea trees grow very slowly, they do not have to conduct very efficient photosynthesis. As a result, the tealeaf becomes less green in colour and very small. Adversely, despite these teas are less attractive in appearance, it gives very clean and thick taste. In addition, it gives very strong yet natural sweetness on our palate.

Geng Ma raw pu-erh tea gives very strong body too. The full body characteristic made this tea very rich in taste; it reminds us of the Lao Ban Zhang tea in old days. I feel it is one of the ultimate quality when judging it based on the clarity and transparency in taste. 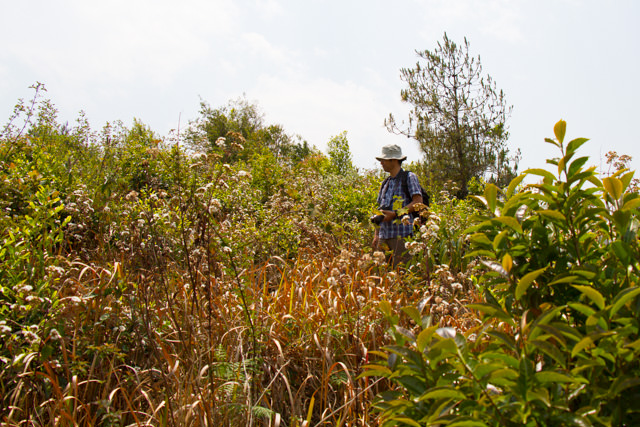 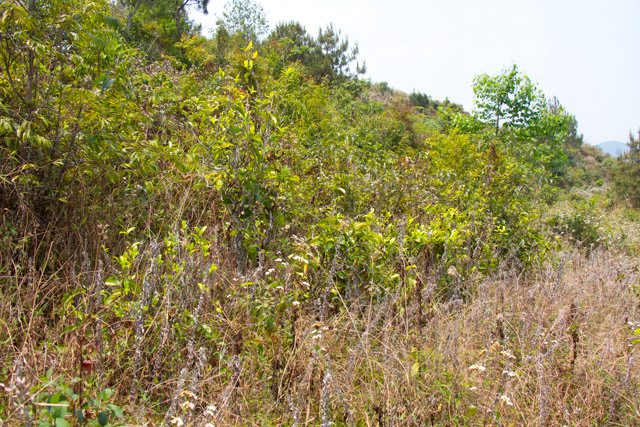 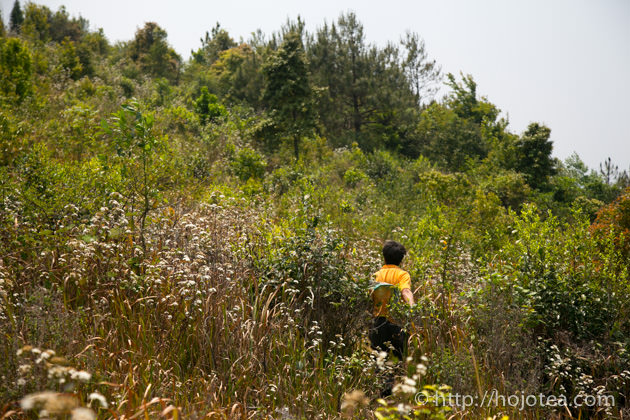 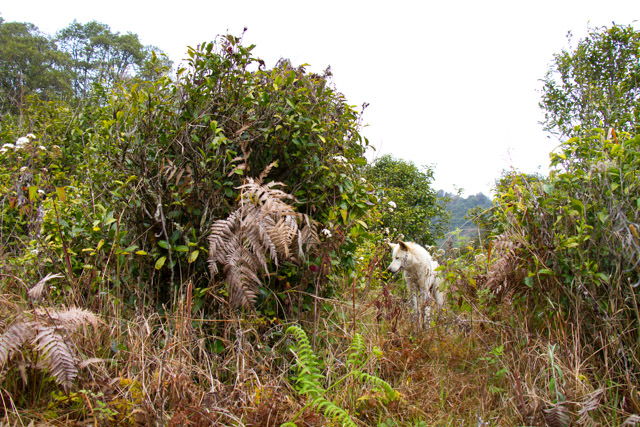 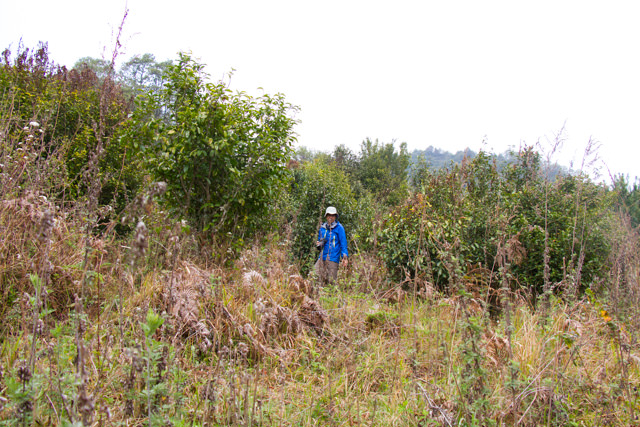 The Geng Ma Raw Pu-erh tea is uniquely processed. Our tea maker conducted the pan-frying at higher temperature with faster agitation than ordinary process of raw pu-erh tea in order to achieve clearer taste and more floral flavour. They used higher temperature, loaded less tea leaves and flipped the leaves very frequently so as to speed up the evaporation of steam. This method reduces the moisture of tea faster and it preserves the fresh flavor of tea leaf. So far very few people in Yunnan tried this technique as it is difficult to manage.

In 2017 spring, we released the Geng Ma mao-cha for pre-booking. We compressed the balance into 200g cake. The mao-cha gave very distinctive flavour characteristic. I personally enjoyed it very much. But I was very surprised by the flavor and taste of the compressed cake version. I felt that it has been transformed into another kind of tea. The taste become mellow and delicate. The flavor also became very soft and gentle. 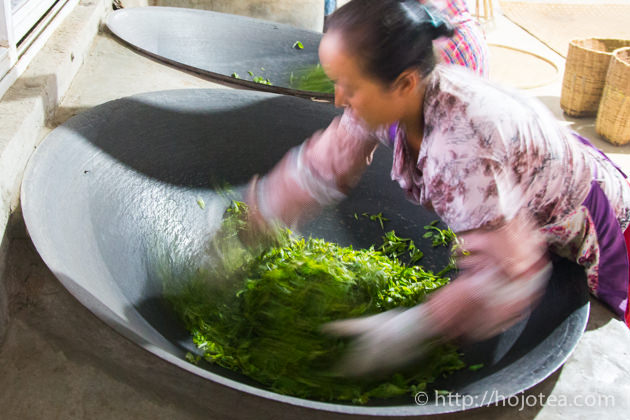 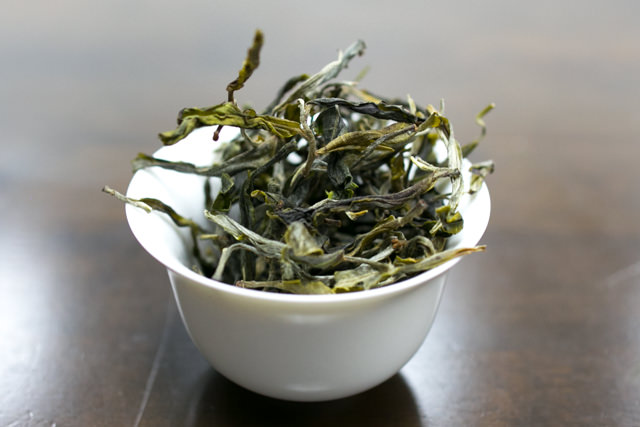 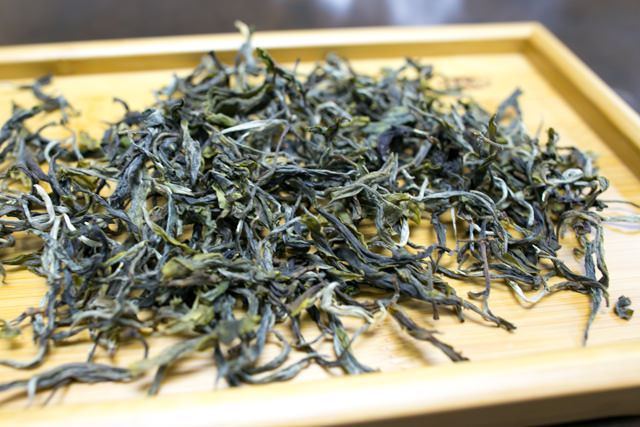 This is the Geng Ma mao-cha. 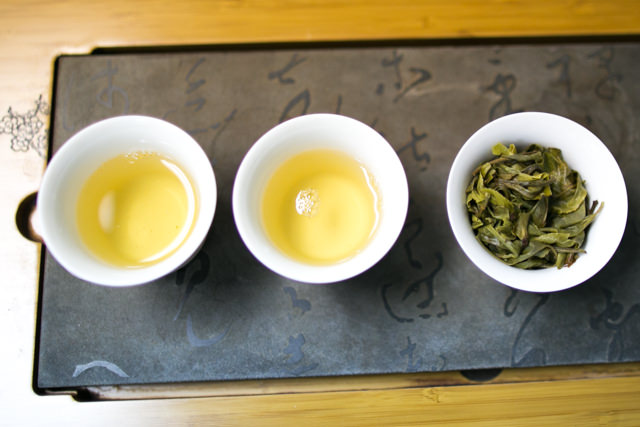 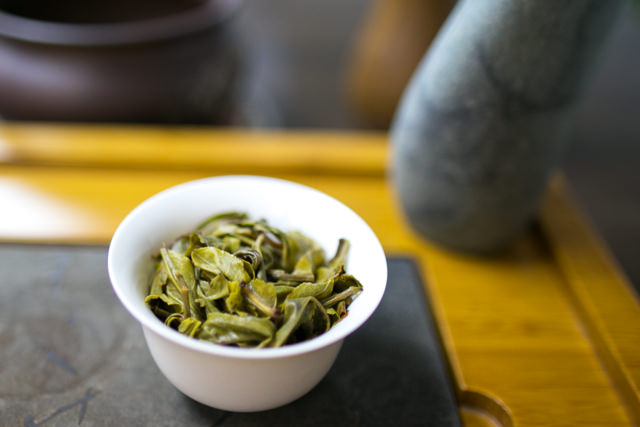 The trend on old tea tree is slowing down, while the naturally-farmed tea is on the uptrend now

In China, it has been a trend that people sought after the pu-erh tea from old tea tree. In the past two decades, everyone including manufacturers, farmers and customers were enthusiastically talking about the old tea tree. The word Gu Shu (古树）or Lao Shu （老树） (it means old tea bush) was used as a synonym for pu-erh tea in China. However, people started to realize that a lot of old tea trees have been over fertilized and the quality has decreased. 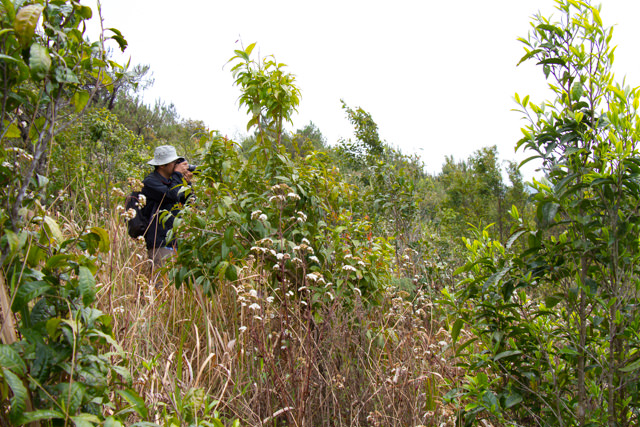 The above photo shows the old tea trees that are huge but fertilized. Through my observation, the trend of old tree pu-erh tea is now gradually slowing down in China. Instead, I observed that more and more people are looking for the naturally farmed tea. The price of fresh tea from those natural gardens that uses no chemicals and no fertilizers is steadily increasing. We often need to compete with other tea buyers in order to secure the ideal material. In particular, the fresh tea leaf from those “Ye Fang” tea gardens (wild tea gardens) is of high demand. 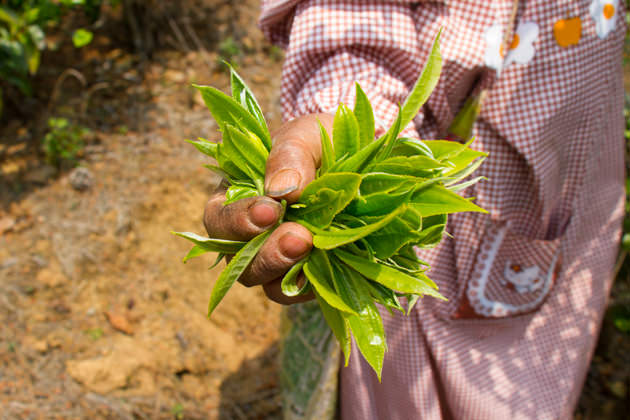