Dong Ding Oolong is named after the mountain where the tea garden is located. The name of mountain is called Dong Ding Mountain.  The altitude of Dong Ding Mountain is at around 800m at maximum, yet it is producing reputable quality all the while. The reason we think Dong Ding oolong is different from other mountain tea is that:

2. The Dong Ding mountain has very windy and dry weather. Due to the hush weather in the environment, tea tree grows slower and therefore organic and inorganic substance is accumulated.

a: From Dong Ding mountain

b: From other mountain

In general, the higher the altitude the tea is produced, the better the quality it becomes. However, a lot more volume of Dong Ding oolong is produced at lower altitude as the number of tea gardens located at lower elevation is more.

Regardless of winter tea or spring tea, the best quality is made of the first-plucked leaf. The second-plucked leaf carries less mineral that gives weaker in aftertaste.

In general, there are two cultivars: Qing-Xin Oolong (青心烏龍種) and Jin-Xuan Oolong (金萱烏龍種). Qing-Xin Oolong is  the classic type that gives refreshing flowery flavor, while Jin-Xuan was developed recently by the tea research institute. It gives a hint of milky flavor.

Our Deep Fired Dong Ding Oolong is made from Qing-Xin cultivar that is grown at Dong Ding mountain at 800m. It is plucked earliest in the season and baked with medium strength of fire.

Dong Ding is the name of the mountain which is located in the center of Taiwan called Nantou. The name of Dong Ding derived from a story: the path to the peak of this mountain used to be very slippery and climbers needed to conserve their strength on their toes to hike this mountain; in Chinese that is called "Dong Jiao Jian" (凍脚尖) and thus derives the origin of the name Dong Ding. 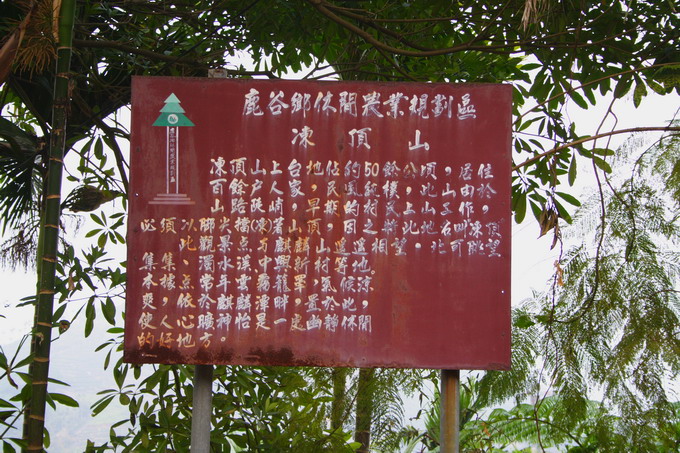 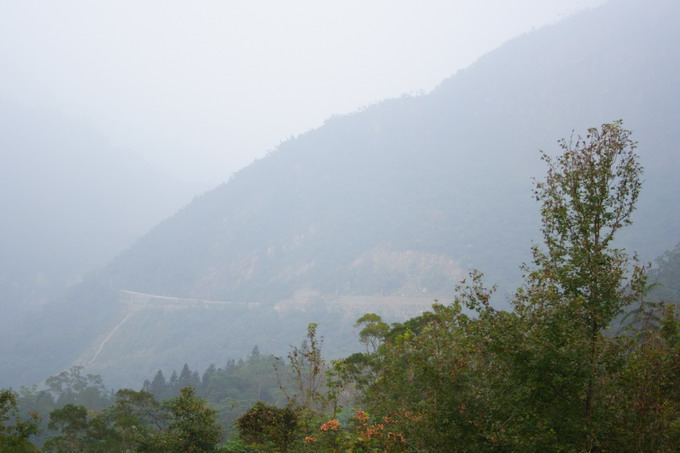 However, we only want to introduce the genuine Dong Ding Oolong. Dong Ding Mountain is not only famous for its name, but also its environment and weather is suitable for high grade tea. The altitude of this mountain is not that high, which is at around 1000m plus. The secret of Dong Ding Mountain is that it always produces identical quality due to its weather and soil condition. The tea garden gets very strong sunshine in the morning, but it is completely covered by fog in the afternoon. In addition, the environment is very windy, and the soil condition is less rich in nutrition. This severe environment causes the tea leaves to accumulate a lot of substances and leaving it no chance to consume these substances. That's the reason why tea produced at Dong Ding Mountain gives a very strong flavor and sweet aftertaste. You can easily recognize the difference once you've taste our tea.

Tea grown at organic garden appears to be less active and less productivity as tea gets less nutrition and pesticide as compared to the ordinary tea garden. As the identical characteristics, tea leaf turns into yellow color and its sweetness in flavor and taste is outstanding. 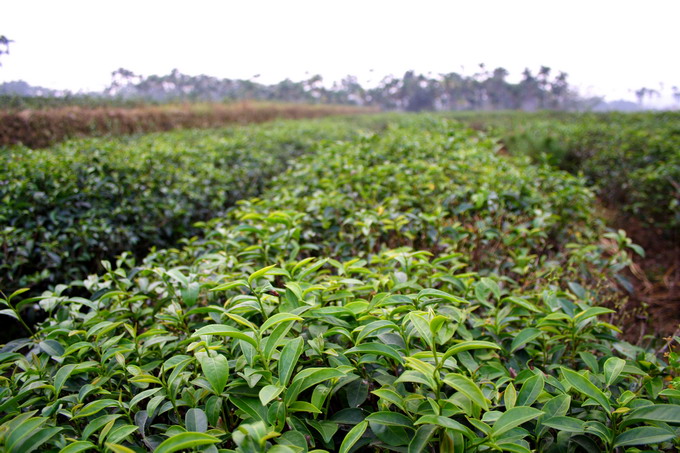 After plucking, tea leaves are spread over the ground under the natural sunshine. It is called Sunshine Withering. Usually, clouded weather is ideal to process this tea in order to avoid excess damage on tea leaves. If the sunny weather continues, a black cloth is used to cover the tea leaves to block out the harsh rays of sunshine. With sunshine withering, moisture inside the tea leaf is evaporated and fermentation is moderately triggered. The tea leaf will gradually start releasing a refreshing aroma.

Once entering the fermentation room, you might get surprised with its fragrance. You feel as if you are in a flower garden. Subsequently, tea leaves are rotated in a bamboo drum. The tea leaves are lifted and dropped several times. Gradually, the edge of tea leaves get damaged and further fermentation takes place. Tea leaves are again spread over the bamboo tray and the same process is repeated over and over again.

The number of rotation and timing of fermentation is judged based on the moisture content, flavor and color. This decision requires top-notch experienced tea master which affects the quality of tea tremendously. All technicians follow the instruction of a tea master. In order to get good quality tea, we need to pick out an excellent tea master.

At this stage, tea is fermented and giving an identical characteristic of Dong Ding Oolong. However, tea leave has not been damaged or bruised except for its edge. Without physical damage on tea leaf, it is difficult to "brew". On the other hand, conducting the rolling process as black tea that tea leaf is twisted tautly under the strong pressure, tea leaf will be over damaged and get astringent and harsh in taste. In addition, excessive damage of leaf will expose tea constituent to oxygen and cause unwanted oxidation which will also affect the taste and flavor. Therefore, a very unique rolling process called "Bag rolling" is used for oolong tea. Literary, tea leaf is wrapped with a cloth and rolled. Therefore, tea leaves are twisted just right with the right amount of pressure applied.

While the tea leaves are still warm and soft, it is quickly wrapped with a cloth bag. About 10-20kg of tea leaf is wrapped and it is made into the size of about a basket ball. Then the end of cloth is mechanically twisted by a machine in order to squeeze it into a very solid ball. Finally, it becomes as solid as a stone ball, and as a result the tea leaves are compressed very tightly.

Then, the cloth ball is clamped between two disks at the top and bottom. The top disk does not move while the bottom disk rotate and tea gets further pressure through the motion. After the rolling process is conducted for a while, the bag is opened and the tea leaves are taken out and reheated again in a rotating drum. This is necessary as once the tea leaves cool down, it becomes crispy and easily crushed. This series of processes are repeated several times until tea leaves are well-rolled.

The tea leaves are gradually tighten and become round in shape. High grade tea is usually very solid and it appears to be dark and shiny as the tea juice is squeezed and hardens on the surface of the leaf.

The same sequence is repeated over and over again. The parameter is varied depending on the condition of leaf such as moisture content. It is important to feel the condition of tea leaf and apply the suitable method of process which is judged expertly by the tea master.

This is the specific process for traditional type of Dong Ding Oolong. Once the process of oolong tea is completed, it's sent for baking process, which is carried out with either conventional heater or charcoal fire. Baking means it is heated with indirect heat. It is different from "roasting". Sometimes it is misunderstood as roasting process of Chinese green tea. As for lower grade oolong, the roasting is carried out instead.

Due to the baking process, there is some losses in about 20%. This is the reason that Dong Ding Oolong traditional type is always more expensive than non-fired Dong Ding Oolong.