The characteristic of Gushu Dian Hong is its intense aftertaste, and this is far better than ordinary black tea.

For this reason, the majority of tea gardens in Feng Qing consists of younger tree and gardens are managed in modern style like Japan, Taiwan, Indian or Sri Lanka tea gardens. Tea is grown with fertilizers and tea trees are regularly pruned. Because of these reasons, tea from Feng Qing has generally lighter aftertaste. 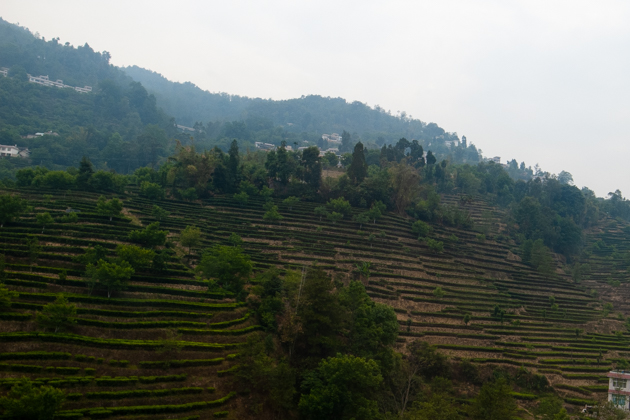 Tea gardens in Feng Qing. It is managed in modern style. 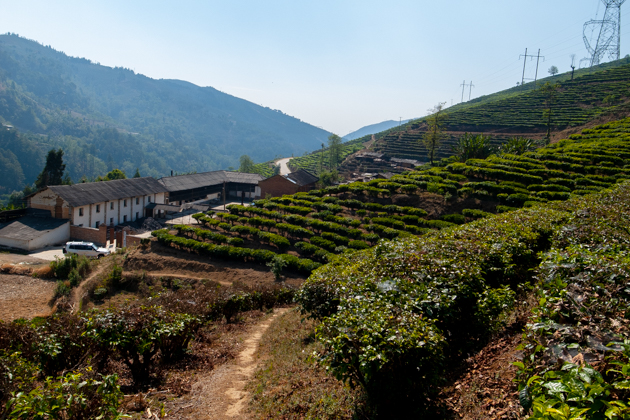 We particularly wanted to produce black tea from an ancient tea tree. So we look for the garden in a remote village, near the Myanmar border. The elevation of the garden is at 2100-2200 meters. The garden was owned by Ethnic minority, the Ye race. The tea garden was kept natural way and they use no fertilizer, no pesticide and no pruning of tea trees was carried out.

Usually in Yunnan, the owner of tea garen prefers to use these quality tea leaves for producing raw pu-erh tea, because quality raw pu-erh tea commands a higher price in tea market.

After surveying the tea garden, we directly purchase the fresh tea leaves from the owner of the garden and hand it over to the black tea manufacturer to process it into black tea. 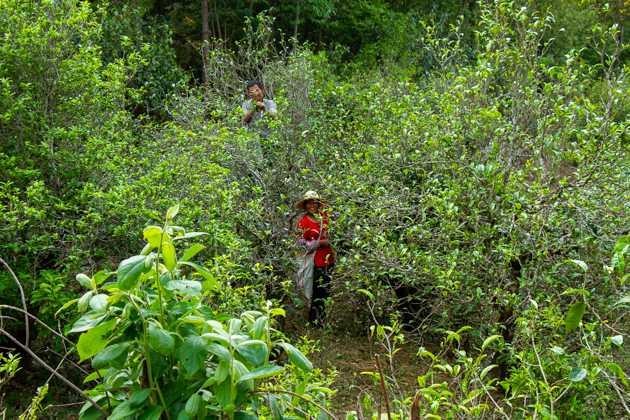 Picture of the production area of Gushu Dian Hong The standard Dian Hong is made by rolling and intensive fermentation after short withering. Because of short withering, tea leaves still contain higher moisture, and upon rolling, the fermentation, enzymatic oxidation takes place deeply. For this reason, the color of the brewed tea leaves is copper red. It gives a mild flavor and soft taste.

A lot of people tend to think that black tea is astringent. They will probably be surprised by the soft drinking sensation and lingering sweet taste of this standard Gushu Dian Hong. Because this tea is fermented well, with bold drinking sensation, and it goes very well with milk too. The milk enhances its natural sweetness, and it taste like a dessert. One more interesting features of this tea is its flavor.

As tea is grown without any pesticides and fertilizer, so it was easily attacked by planthoppers. Thanks to this, it has a soft-touch of honey flavor. We also call it muscatel flavor.

It also has flavor like menthol or brown sugar thanks to its intense fermentation. Tea leaves were plucked when they were young. As such, it is soft and gentle in taste. We made it from 1 bud and 2 leaves in order to get a soft and creamy drinking sensation.