This is a rare and limited ripe pu-erh tea produced in Myanmar from the area called Guo Gan. We purchased the mao-cha (loose tea) produced in 2016 and compressed it into 357g cake. Tea has been kept in Malaysia for a few years. It ages well, and developed herbal-like flavor with a hint of dried fruity notes like dates, with bold drinking sensation and deep aftertaste that lasts for many brewing. 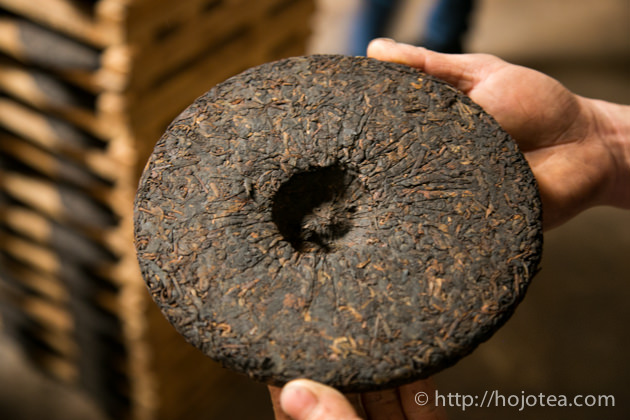 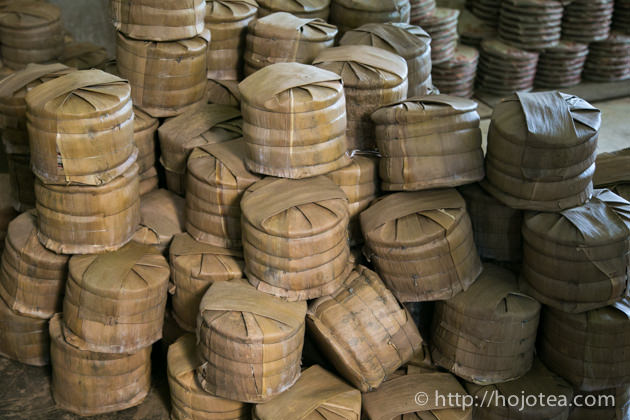 Tea was collected in Myanmar near the Yunnan border

In Myanmar, Guo Gan is located next to the South West Yunnan. The population of Guo Gan consists of a number of Chinese minorities. In the town of Guo Gan, many people speak Chinese and many sign boards are written in Chinese. The Guo Gan autonomous region has very strong economic linkage with Yunnan. In particular, pu-erh tea is a very important trading item for them. In the history, there were always civil wars taking place in Guo Gan due to the conflicts between different tribes. In the past few years, they have had very severe fights. In 2016, they have temporarily ceased the war, although a number of conflict zones are still remained. 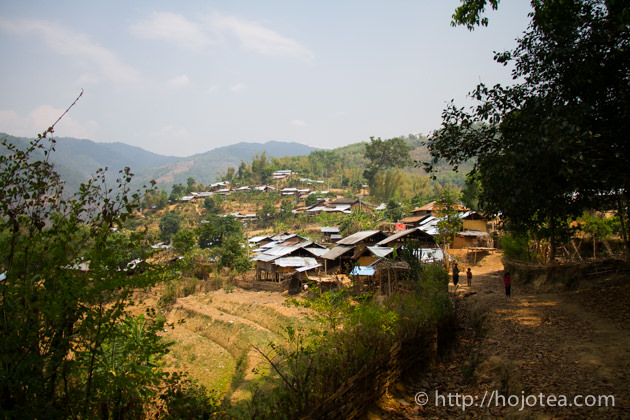 The village of Myanmar that is just a few houses away from the national border to China. In 2013, we visited there before the civil war begun. 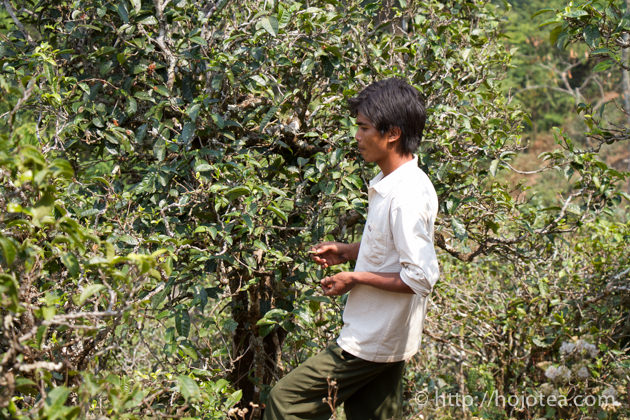 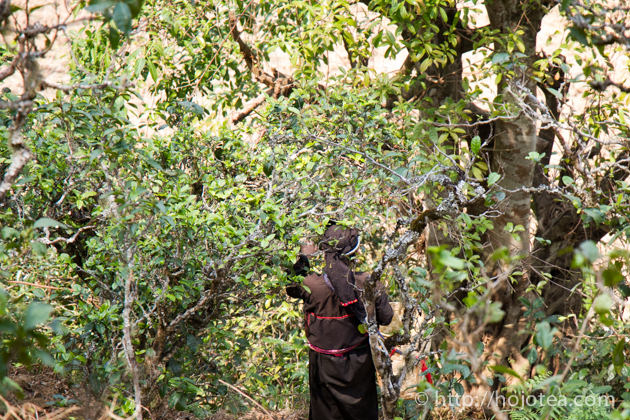 Primary process in Myanmar and fermentation in Yunnan

Since the conflict zones are still in great danger, the China immigration department does not allow Chinese to travel to Guo Gan at the moment. Our tea was produced in 2016. The tea leaves were transported by farmers of Myanmar to Yunnan. They drove a track all the way to Yunnan to supply the mao-cha of raw pu-erh tea. Those farmers are the apprentices of the Yunnan pu-erh tea manufacturer. Before 2014, while Guo Gan was still in peace, the Yunnan tea manufacturer set up the factory in Guo Gan, and these farmers learned the skills of producing pu-erh tea from the Yunnan tea master. For now, even though there is no Chinese stationed in Guo Gan, the farmers have skills to process tea. As such, the Guo Gan ripe pu-erh tea is made in the collaboration between the people of two countries. 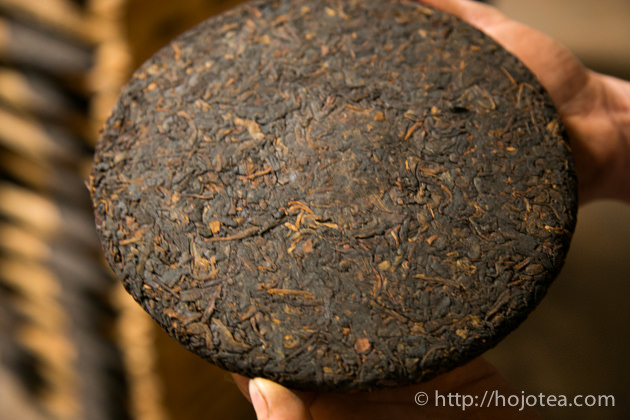 Tea is grown without fertilizer and pesticide 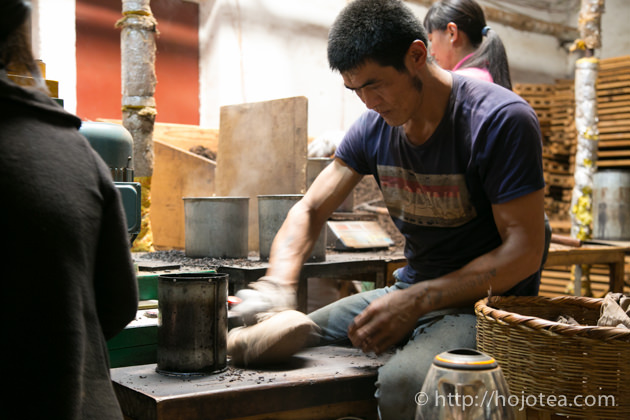 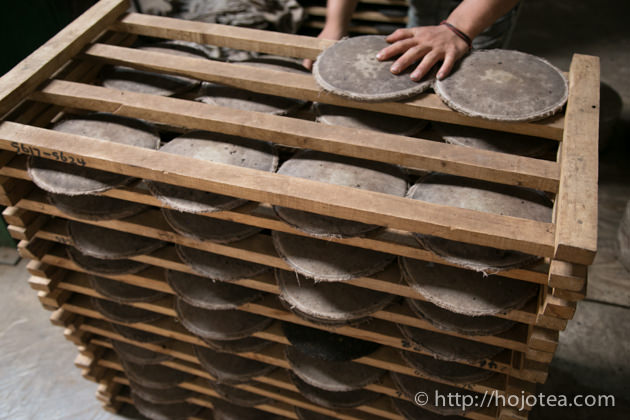 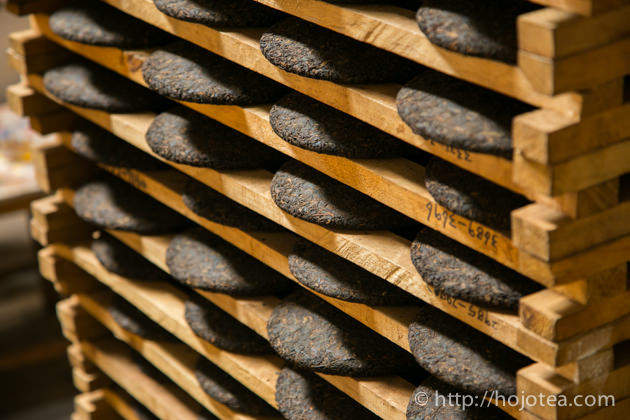 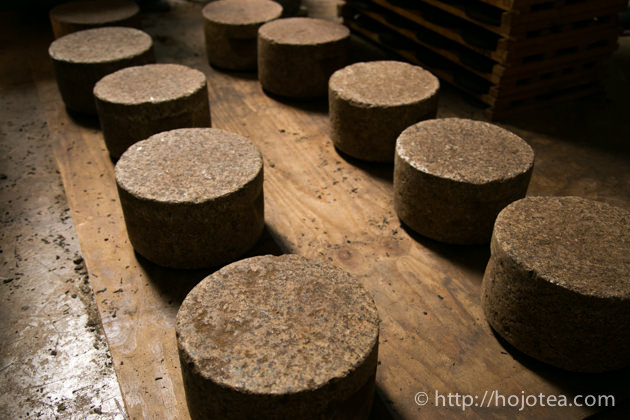 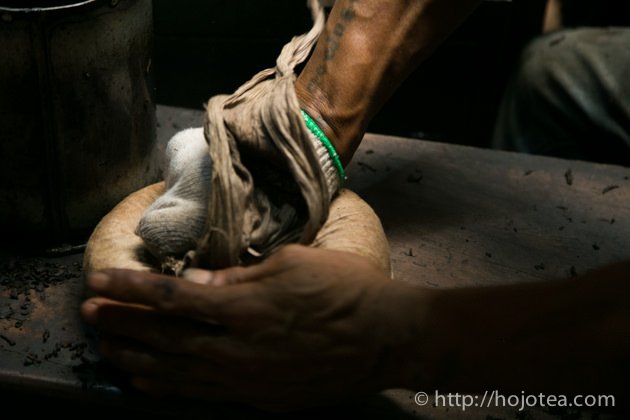 The oxygen management affects the flavor of ripe pu-erh tea

Some people mentioned that they do not like to drink ripe pu-erh tea. It is mostly due to the prejudice that they think ripe pu-erh tea gives the odor like rotten wood, earthy, musty or moldy. I believe that the perception of the unpleasant odor is kind of defensive response that our body is trying avoid the intake of food that is not suitable for our health. The ripe pu-erh tea undergoes the microbiological fermentation spending more than a month. During the fermentation, it is very critical to control the moisture content of the piled tea. The tea has to be agitated frequently in order to supply adequate oxygen. If too much moisture is applied or the manufacturer neglects the agitation, the oxygen inside the piled tea leaves is insufficient. As a result, the anaerobic bacteria (bacteria that does not require oxygen) dominate and it typically produces very unpleasant odor that is mentioned earlier. In fact, many kinds of anaerobic bacteria are known to produce some toxins as well. If the tea fermentation process is well-managed with the adequate level of moisture and oxygen, the ideal fermentation is taken place by aerobic bacteria, mainly actinomyces and it produces sweet and dry-fruity flavor. When we select ripe pu-erh tea, we care not only the base quality of tea but also how the fermentation is carried out. As the Guo Gan Ripe Pu-erh tea was typically well-managed in fermentation, it gives no earthy or musty odor. It has mild sweet and dry-fruity flavor and with a little woodsy note. If this tea is kept for a few more years, the flavor will be amplified, the lingering sweetness will increased, the taste gets clearer and the mouth-feel will be softer. 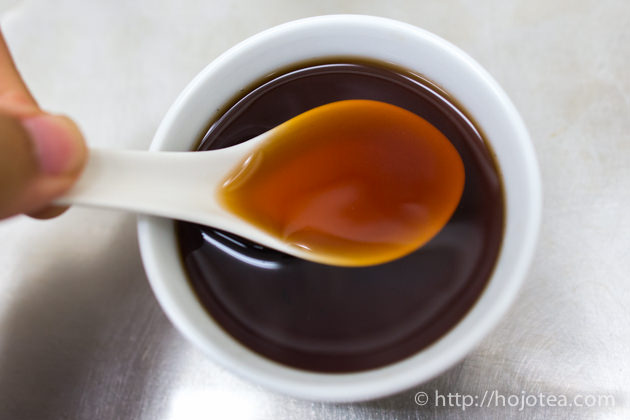 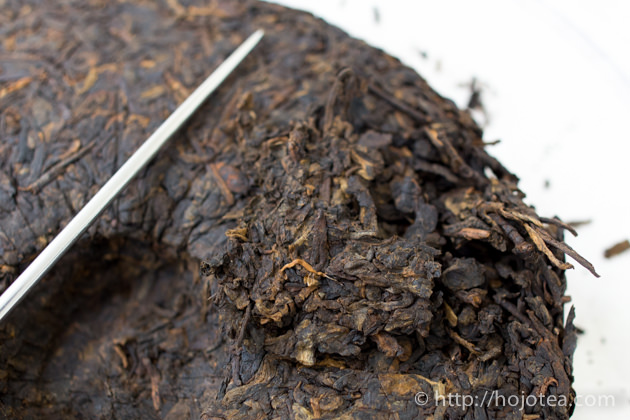 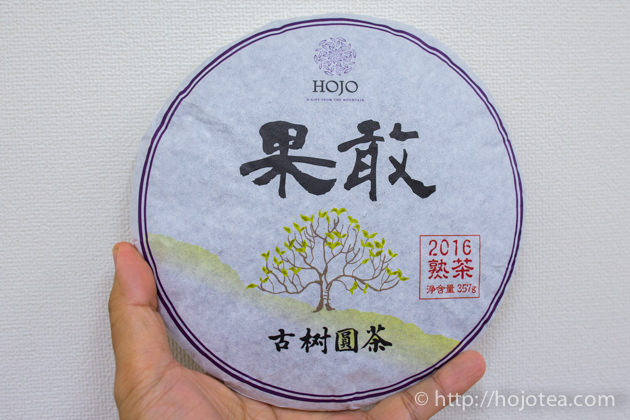