Silver Needle is the name of single bud white tea. It’s a well-known white tea produced in Fujian Province. There are more than 1000 manufacturers situated around Fuzhou or Fu Ding area. We have been visiting the production site every year in the past 10 years to select the ideal tea directly from the tea manufacturers. However, it is getting tougher to upkeep the quality at the realistic price. There are a number of factors to take into account: pesticide issue, price increases, and the down trend of quality. As we are pretty well aware of the on-going situation of tea in Fujian, we have come to the conclusion to develop the Silver Needle tea using the sustainable tea in Yunnan.

The new Silver Needle was made of the raw material collected in the village located around 50km away from the Myanmar border. The tea garden situated at about 2000m. It is maintained perfectly natural with no fertilizer or pesticide. Tea gives clean and long-lasting finishing. The flavor of tea is not like the common Yunnan white tea. It has a sweet grassy flavor with a hint of floral note.

Traditionally, in Fujian, the white tea undergone long withering process and tea gave smoother mouth-feel. Unfortunately, nowadays the withering is lightly carried out in Fujian province on account of the market preference on fresh greener appearance of the tealeaf. The Fujian tea manufacturer shortens the withering time and tea becomes similar to green tea color with sharp greenish note.

We wanted a little longer withering so as to make the taste exactly to our preference. It is also the traditional method of Fujian white tea process in the past.

As a result, tea has softer and creamier mouth-feel. 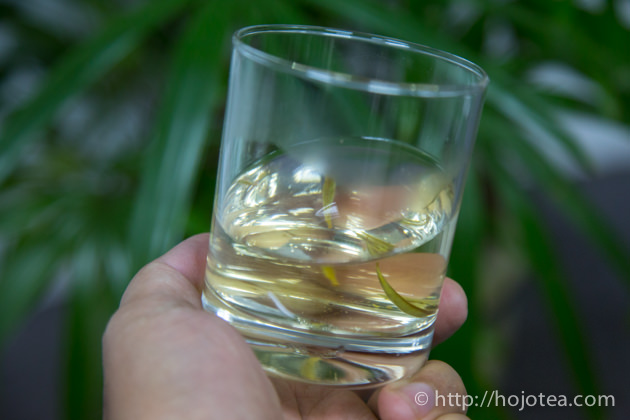 1. The speculation of price

The concept of aging white tea was newly introduced in Fujian province around 2010. Since then, a lot of white tea manufacturers started keeping white tea. As a result, white tea became a media for speculation. In a past 5 years, the price of white tea drastically increased. 10 years ago, white tea was a very casual tea that everyone can easily afford. Nowadays, the price is getting higher. Despite the price of tea is high, the Fujian white tea generally gives very light aftertaste. From the tea drinker's point of view, it is not a good situation as the quality and price ratio becomes imbalance.

Fujian has been one of the most renown tea production areas. Due to the ideal weather and strategic geographic location, it was the hub of tea export to overseas. Throughout the history, many famous teas were produced in Fujian. Majority of Fujian teas are consumed domestically. In China there is a huge demand of Fujian teas. In fact, most of the premium teas, including the high-end white tea made in Fujian province are meant for the Chinese domestic market. Thus, generally tea manufacturers are less concern about the pesticide status. It is technically difficult to find Fujian tea that meets the pesticide standard of Japan or Europe. Categorically there are organic teas too. However, the price of organic teas is very high. In addition, the quality of those organic teas is not very outstanding; the reason being too much organic fertilizer is used, causing the tea grows faster to ensure the output, and eventually tea tastes light and thin.

Most of tea in Fu Ding of Fujian Province is grown under the modern agricultural method.

Due to the on-going speculation of aged white tea, many tea manufacturers are eager to produce more output and to keep more teas for the speculation in future; in other words, more fertilizer is being used to produce more teas. Obviously, a lot of efforts are made in order to increase the productivity.

There are organic tea gardens in China. However, the quality of the organic tea in China often does not meet my requirement.

The truth is, regardless of organic or chemical fertilizer, it promotes the growth of plants in an equal manner. Tea tree grows very fast and the quality comes down.


Good materials are often not processed with good skills and technology

According to our experience, when we go to the more remote areas, we have a higher chance of finding better quality tea.

In particular, we note that the quality of the tea planted near the Burmese border is very good. They do not use pesticides and do not even use fertilizers. Tea trees are just left in nature as if they were wild plants. These teas have a very long aftertaste and a rich flavor.

Although tealeaf is excellent quality, the processing techniques in thees areas are often quite poor. Due to the inconvenience of transportation and accessibility, they lack the appropriate facilities for making tea. In addition, the proper quality management is lacking too.

Since we know the situation well, we require manufacturer who has the right facilities to collect fresh tealeaf from the rural area and process it according to the specific requirements we set. 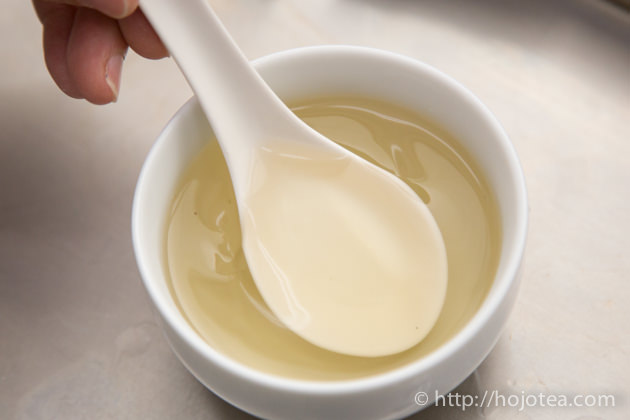