A very rare black tea from high mountain in Wu Yi. Tea gives an up-lifting sweet floral note with smooth drinking sensation that lingers on palate for a long time. It has no astringency or bitterness. It has a soft taste that can be served straight as a daily drinking tea during any time of a day. Without adding sugar or milk, tea has a natural sweetness lingers on palate.

This tea is from Tong Mu Guan in Wu Yi shan, Fujian Province, China. The tea garden is located at 1000m above sea level, and the tea garden is totally sustainable, the tea trees are grown without pesticide and fertilizer. 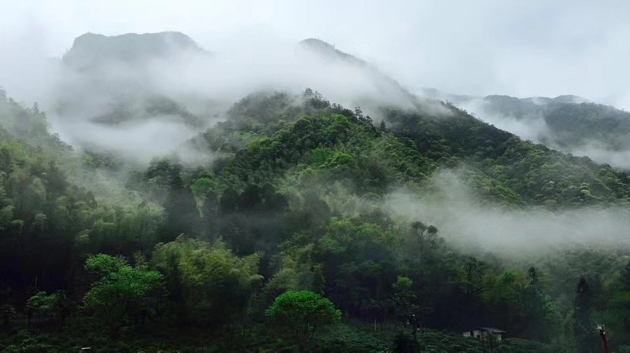 Currently, there are two types of Lapsang Souchong in Tong Mu Guan.

1．A well-known type of tea which gives a smoky scent.

2．It is a type that gives sweet fruity scent and no smoke scent at all, as represented by teas such as Qi Zhong and Xiao Chi Gan (小赤甘).

Generally, traditional Lapsang Souchong has a smoky scent, and those fruity types are often considered to be the newly develop version of Lapsang Souchong. But I believe in another history.

Lapsang Souchong is also known as the model of Earl Grey tea. It was said that Earl Grey tea originated from the fact that an Englishman who drank Lapsang Souchong in the 1800s was impressed by the tropical fruit-like scent and then later added bergamot flavour to the black tea in an attempt to imitate that scent. If the traditional Lapsang Souchong was smoky, why would not the Earl Grey became smoky type of tea?

These historical stories might not be 100% accurate, but from here we could have imagined that from the 1600s there was fruity version of Lapsang Souchong black tea. 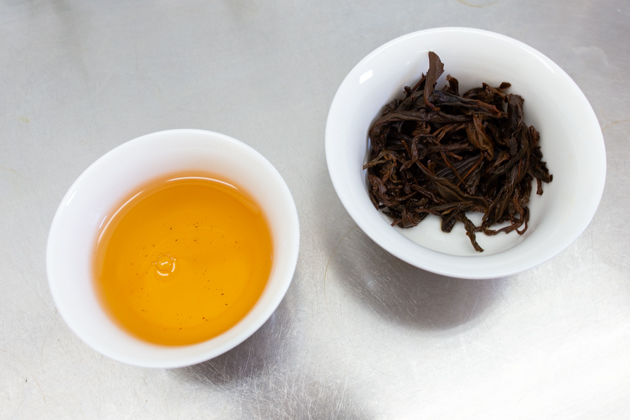 Shui Xian is a very famous cultivar of Wuyi oolong tea (rock tea). The popularity of Shui Xian is due to its good taste. It has a strong aftertaste and long-lasting finishing. However, the flavour of Shui Xian cultivar is generally less gorgeous. Only the top-notch skilled tea master is able to manage the process to bring up the flavour. Currently, in Tong Mu Guan, the Shui Xian cultivar is only less than 1% of the total tea production. It is a very rare tea.

Before 1970s, Shui Xian cultivar were grown by many farmers. However, many of trees were removed afterwards.

There were two reasons.

Firstly, there was a professor in Fujian commented that in relatively cooler climate in Tong Mu Guan, the Shui Xian might give weaker aroma.

The second reason was that before year 2000, the black tea was not popular in China domestic market, so the price of tea was low and farmers especially from those remote areas were struggling to make a living. For this reason, many farmers cut down the tea trees and replaced it with more profitable agricultural product, like bamboo, which was used as the raw material for making chopsticks and etc.

When compare to other types of Lapsang Souchong, like Qi Zhong, the Shui Xian cultivar has larger and thicker tea leaves, so Shui Xian fresh tea leaves are withered in a thinner layer than other teas, and the fermentation is carried out for a longer time. 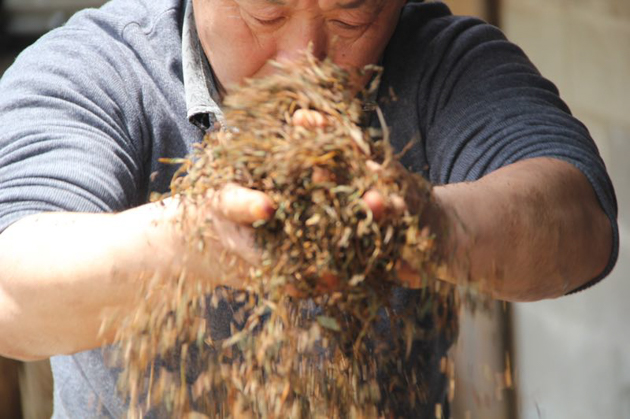 Some tea producers bake tea with hot air oven. However, once it's tasted, the outcome is totally different from the tea baked with charcoal fire.
Charcoal fire has strong heat permeability and the heat is transmitted till the center of tea leaf, whereas hot air does not have a good heat permeability, so only the surface of tea leaf is heated and less heat applied to the inner part.
Thanks to the charcoal roasting process, tea gives a clean and clear drinking sensation, and thick taste lingering on palate that lasts for many brewing.