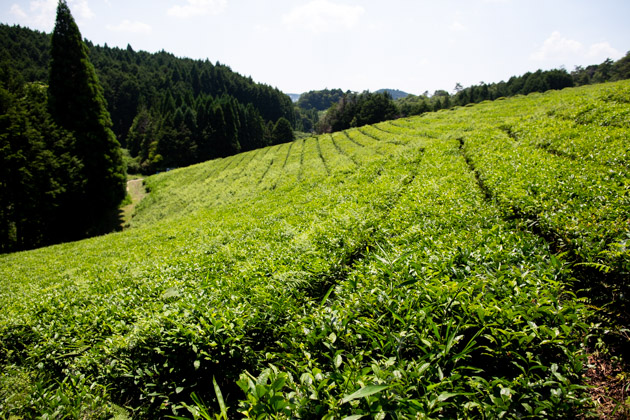 Tsuge Zairai Sencha has a subtle and refreshing floral scent with a hint of sweet nutty note and smooth taste, and not to mention that it has a very long-lasting finishing that lingers down the throat for a long time.In terms of the strength and depth of the aftertaste, it is the longest among HOJO's Japanese teas. 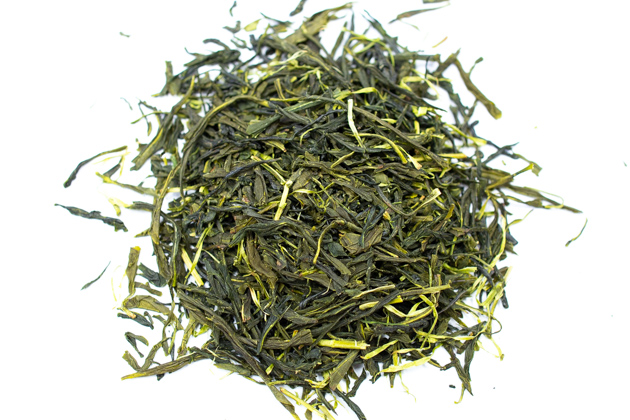 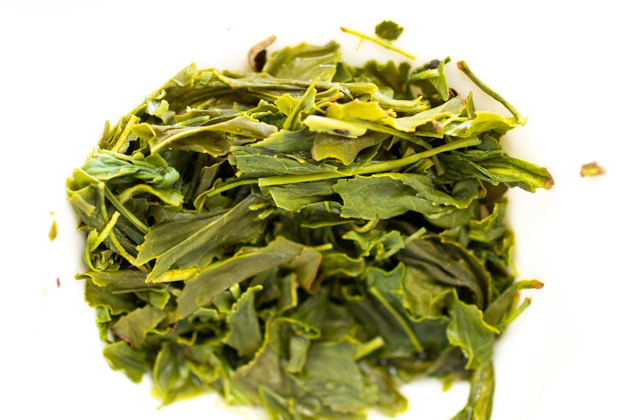 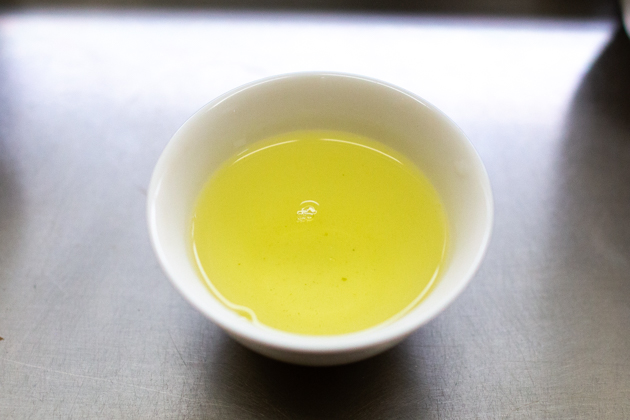 The tea leaves are slightly rough cut like aracha (crude tea), not those slim-needle-shape. Because of the outstanding quality of the tealeaf, this tea is worth drinking.

Tsuge, which is said to be the center of ancient Japan

Tsuge is located in the Yamato highland in the northeastern part of Nara Prefecture. Tsuge used to be Tsuge Village, but was merged with Nara City in 2005. Even now, Tsuge remains as a place name.

It is said that Tsuge is the center of Japan before the people from overseas, especially from China and Korea, who settled in early Japan. There are a number of ancient heritages. 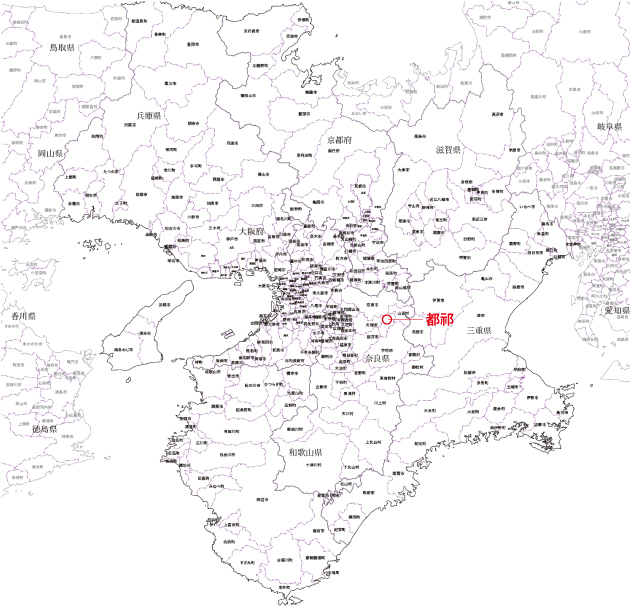 The soil is rich in minerals

Tsuge Zairai Sencha tea gardens located on the slope of a mountain within walking distance from Kunitsu Shrine and Ogami Shrine. Tsuge, where many ancient historical sites remain, is a land that is not easily eroded by rivers, and the area around the tea garden is covered with brown forest soil that is clayey and rich in iron.One of the reasons why Tsuge Zairai Sencha has such a deep aftertaste is the abundance of iron contained in the brown forest soil.For decades, the tea garden was managed with natural farming method. It's pesticide-free and fertilizer-free tea garden. 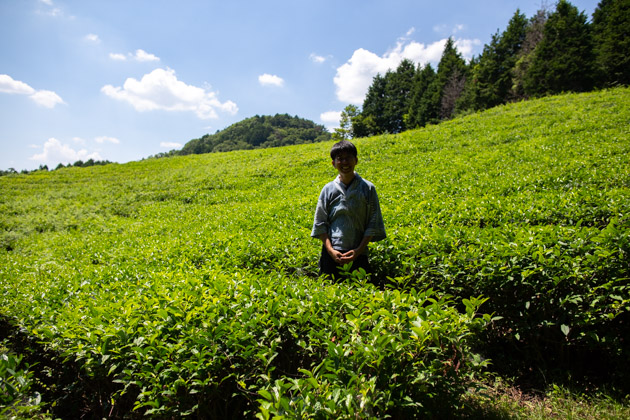 Unlike modern Japanese tea garden with mass production scale, this Tsuge Zairai Sencha tea garden produces tea according to small section of tea garden and each lot of tea is segregated.

We evaluate the quality of tea from each section of the tea garden owned by the producer, and we purchase only tea from a single tea garden that we like.

No doubt that wild plants in nature is in a healthy condition as it's growing well in a balanced ecosystem, and it's sustainable. So, we are always looking for the tea grown in a state close to that of natural plants.

Plants in nature depend only on the ecosystem for nitrogen and live on limited amounts of nitrogen.

However, when fertilizers (nitrogen fertilizers, regardless of organic or chemical) are applied, the nitrogen concentration in plant cells increases. As a result, the plant synthesizes a large amount of chlorophyll and actively performs photosynthesis to grow vigorously.

When fertilizer is used in tea garden, tea grows at a fast growth rate, and the cells are enlarged, resulting in a low cell density.

Applying the grass and fallen leaves is not a problem because it is the part of the ecosystem that keeps tea and vegetables in their natural state. 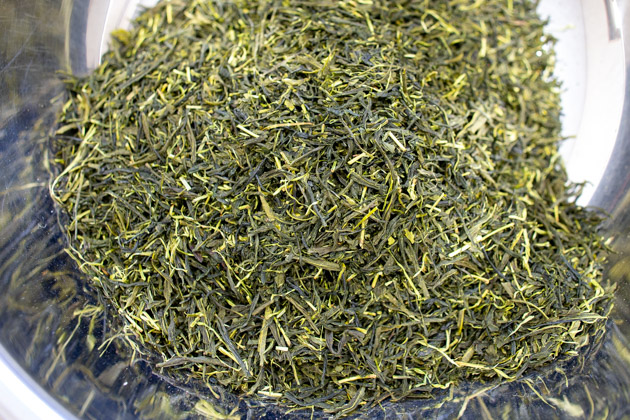 As you can see by observing the plants in nature, they have been alive and well for many years even though they have not been given any pesticides.

In fact, pests are always looking for the nitrogen through the consumption of leaves. Therefore Nitrogen-based fertilizers increases the amount of nitrogen in tea leaves and it eventually attracts insects, which is why pesticides are needed.

For example, even if the plants are natural, if they are fertilized, the leaves will grow larger and the color will change to dark green, and at the same time they will attract insects.

Non-fertilizer tea contains a lot of polyphenols and terpenes and low in nitrogen concentration. These physiologically active substances contribute greatly to the taste and aroma of tea; it gives a rich and complex taste, with fruity and floral aroma.

Fertilizer-free tea grows slowly and does not require vigorous photosynthesis. For this reason, it has little chlorophyll and generally it is characterized by its yellow-green color.

Originally, zairai means the name used for the endemic spices of Japanese animals and plants such as Japanese serow, and Yamato Trout.Since tea originally came from China, the term "Zairai" is not really appropriate. However, in the Japanese tea industry, Zairai is commonly used for the tea planted by seeding, so HOJO uses the term 'zairai' to make it easier to understand.

Cultivar-named teas, such as Yabukita, Okumidori, and Benifuki, are planted by cuttings.

When seeds are sown, crossbreeding produces hybrids, so cuttings or grafting are essential to produce a particular variety.

Compared to cuttings, seedling tea has a completely different root structure.The photo below shows a clear picture of the different between cuttings and seedling tea. Cuttings (variety) on the left, seedlings (cultivated from seeds) on the right

The tea tree sown from the seed has a long root like a burdock, it's called a taproot. For this reason, it is easy to absorb the minerals in the ground, and the tea has a stronger aftertaste.